In Newaygo County we’re lucky to have a plethora of birds to see and hear while exploring the trails and natural outdoor spaces throughout the region. It is true that many birds don’t stay in Michigan during the winter-yet even then we have many bird species.

One winter-dwelling bird is our state bird the American Robin, which is also the state bird of Connecticut and Wisconsin. Despite their reputation of being a “spring bird” American robins don’t always migrate south during the winter. Indeed, I see American robins every other day of the year. American Robins often flock together in the woods during the winter only to return to backyards and other human-populated areas in the spring. These flocks don’t necessarily leave in a southernmost direction or even move far away. Robins like to eat berries and will stay wherever those plants are, which could be a forest or a yard with a berry-producing tree or shrub in it. The American Robin is called as such in reference to the European Robin, which is the national bird of the U.K. American Robins really have more in common with Eurasian blackbirds than European robins, but European settlers called them “robins” because they look similar to European Robins. Both male and female American robins have yellow beaks and are almost entirely brown except for their red-orange stomachs. They have a wide range of bird calls including, but not limited to “chirping.”

White-breasted nuthatches are year-round Michigan residents and frequently visit bird feeders in the winter. They have a “neh-neh-neh” bird call that sounds almost like human laughter. They’re small with a blue-gray back and have a narrow black streak on top of their otherwise white face. Their neck and stomach are also white and they have a large black beak.

Blue jays also live here during the winter. They’re easy to recognize by ear because they make a loud high-pitch “cheee” cry whenever a human moves too close for comfort or whenever they team up to mob a hawk or owl. They’re even easier to recognize by sight since they’re one of the few birds in Michigan that have blue feathers. Male and female blue jays are almost entirely blue with white breasts, black feathered “head-tips”, and black and white flecked wings. Whereas most molted bird feathers are hard to match up to their respective species, the pattern on blue jays feathers are difficult to confuse with other birds. Despite being a common bird – and  unique-looking at that – blue jays can be difficult to spot because they don’t tolerate human company as well as American robins, turkey vultures, “seagulls” (a term used to describe many different gull species), or American crows. They tend to be seen more during winter when they visit bird feeders. One bird we don’t see in Newaygo County during the winter is the Mourning Dove. They’re named after their melancholic song, which can be clumsily translated into “who-wah-who-who-who”, with an emphasis on the “wah.” In real life this is a beautiful bird call to hear during summer and spring. Mourning Doves are most active before sunrise and evenings, but you’re more likely to hear them than see them. Mourning Doves are pale brown and blend into the countryside well. Male and female Mourning Doves are almost identical except the male has light pink and blue-gray neck feathers. 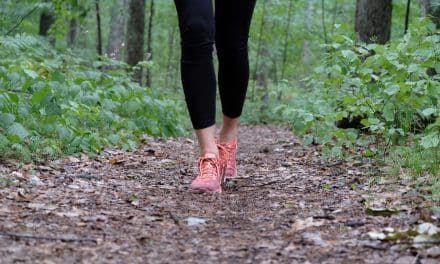 Learning to Love Running on a Ga-zillion Newaygo County Trails 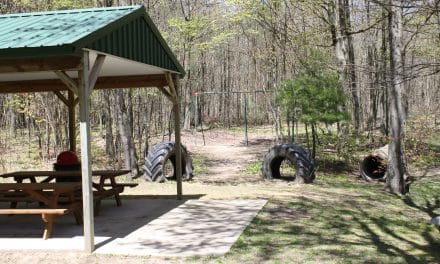